Should Cynon Valley have a direct bus route to Cardiff just like Rhondda and Merthyr?
Yes
88%
NO
13%
Total votes: 16

Metro starts next October but whats in it for Cynon Valley? As Cardiff Capital Region Cabinet agrees with £40m City Deal funding for Metro Central Development 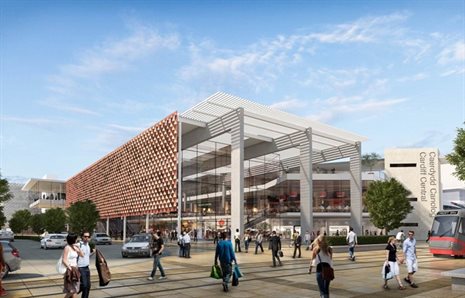 The project encompasses a new Central bus station, the modernisation of Cardiff Central train station, and delivery of a range of other transport infrastructures such as a new coach station, a cycle hub and public realm improvements.

The aim is to improve the capacity of the Central Interchange to accommodate increased frequency of services delivered through the South Wales Metro investment, and to provide an infrastructure for jobs growth through accelerating investment in Cardiff’s Core Employment Zone.

A meeting of the CCR Cabinet in Nantgarw today considered a report from Cardiff City Council Leader Councillor Huw Thomas which outlined the plans, as well as a request for funding of £40million.

The in-principle decision is subject to further due diligence on the project, the securing of funding from Welsh and UK Governments, and consultation between the Cabinet and the CCR bodies which include the Business Council, the Economic Growth Partnership, and the Regional Transport Authority.

Cllr Andrew Morgan, Chair of the CCR Cabinet and Leader of Rhondda Cynon Taf County Borough Council, said: “Myself and my fellow Leaders are delighted to offer City Deal support for this transformational project.

“Anyone who travels into and through Cardiff is very aware of the desperate need for improvements to the transport infrastructure, and the anticipated rapid growth of the capital city means this project is absolutely critical.

“I think it is important to stress that this a project which will benefit all of the region, particularly if we are to see the introduction of a new 15-minute service between the Valleys main lines and Cardiff under the South Wales Metro plans.

“85% of Cardiff’s recent job growth arises from an increase in net commuting into the city from adjacent communities, and it is critical this continued growth is supported with the appropriate infrastructure.”

Cardiff is expected to grow faster than any other UK Core City over the next 20 years in terms of the population according to Welsh Government and National Statistics projections, with the population growth of more than 20 percent between 2017 and 2037.

This expansion is expected to create greater economic opportunities, and will also require job creation to support the growing population.

Cllr Thomas said: “There is a compelling and urgent need to make sure that Cardiff Central can accommodate predicted growth in passenger numbers, especially given the role that the Metro will play in spreading the benefits of the City Deal.

“It is also crucial that we make sure that Wales can compete as a business location and capture mobile investment. This development represents a vital step towards creating Wales’ first truly internationally competitive business hub, focussed around the nation’s main transport interchange and creating jobs for the whole region.”

The agreed Metro Central funding is the second investment to be agreed by the Cabinet since the CCR City Deal was formally signed by the region’s ten local authority partners last March.

In May 2017, the Cabinet agreed to contribute £37.9 million from the CCR City Deal’s Wider Investment Fund towards the establishment of a major, cutting-edge facility, as an anchor in the region for high-end production of compound semiconductors.

The aim is to support the development of a compound Semiconductor Industrial cluster in the region, with the potential to:

Flooded households can claim up to £1,000 emergency Welsh Government funding

So just how much will this Labour administration payup for the Welsh people?

The Office for National Statistics

The Office for National Statistics (ONS) is the UK’s largest independent producer of official statistics and is the recognised national statistical institute for the UK. It is responsible for collecting and publishing statistics related to the economy, population and society at national, regional and local levels. It also conducts the census in England and Wales every ten years. ONS plays a leading role in national and international good practice in the production of official statistics.