Should Cynon Valley have a direct bus route to Cardiff just like Rhondda and Merthyr?
Yes
89%
NO
11%
Total votes: 19

Cardiff-headquartered top 100 UK law firm, Hugh James, has pledged to work with 12 other law firms to support a new campaign, #ActionMeso, which aims to raise awareness of the dangers of asbestos and the cancer called mesothelioma, which is caused by exposure to asbestos.

The UK has the world’s highest incidence of mesothelioma with around 2,700 people each year being diagnosed, often decades after exposure to asbestos. 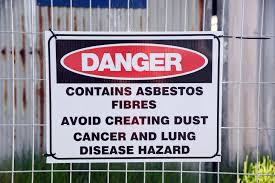 ActionMeso brings together patients, carers, charities, support groups, healthcare professionals, law firms, and many other organisations under the same umbrella to make the public aware that asbestos remains a problem in the UK which must be addressed.

For the first time, thirteen law firms, including leading Wales firm Hugh James, have come together to support the #ActionMeso campaign by raising awareness of mesothelioma and asbestos and helping to develop future campaigns and projects.

It is often mistakenly thought that because asbestos is banned in this country it is no longer a problem. However, it is still prevalent within many buildings, especially primary and secondary schools, colleges, and hospitals.

“We support hundreds of people diagnosed with asbestos related diseases each year and are delighted to be supporting this Action Meso campaign. Together we can achieve more, and Hugh James will be working in conjunction with numerous claimant law firms, medical professionals, and asbestos removal firms to raise awareness and help to eradicate mesothelioma and other asbestos disease.

Mesothelioma is still relatively unknown, yet its impact is devastating to thousands of families every year. Only by raising awareness of the disease and the dangers of asbestos far and wide will changes be made.”

ActionMeso has planned a series of activities to raise awareness of mesothelioma and the dangers of asbestos under the hashtag #ActionMeso.

The ActionMeso awareness campaigns will lead to major events, Action Mesothelioma Days (AMD), in 2021 and 2022 that aim to capture the public’s imagination and reach a significant number of people outside of the mesothelioma community.

As a starting point ActionMeso is inviting the public to subscribe to the website www.actionmeso.org where new information will be posted regularly, and to follow the campaign on social media.

Why is Welsh Labour Obstructing the Reinstatement of the Rhigos Old Parish Road?

Why is Rhondda Cynon Taf Council allowing flooding to block the Public Right of Way and National Cycle Route, route 478